Some fans are accusing Stassi of profiting off of her own racism.

Former Vanderpump Rules star Stassi Schroeder Clark has announced that she is releasing a new book but after a quick look at her Instagram page, it is clear that not everyone is excited about the new endeavour.

Titled Off With My Head: The Definitive Basic Bitch Handbook To Surviving Rock Bottom, Stassi Schroeder’s book promises to deal with her firing from Vanderpump Rules and subsequent cancellation.

“The last couple of years have been a freaking rollercoaster for everyone – there’s been a lot of loss, a lot of big realizations, and a lot of unexpected changes – for most of us, anyway,” she captioned a recent Instagram post announcing the book. “It’s no secret I’ve made some big mistakes and have been called out for them, but I’ve also done a lot of reflecting and learning… and writing.”

She continued, “Off With My Head is the Definitive Basic Bitch Handbook to Surviving Rock Bottom. And rock bottom looks different to everyone. It could be the feeling of rejection from a really messy breakup, the stress and uncertainty you feel after being laid off, or just the loss of your sanity because you miss your former life. By writing this book, I hope to shed some light on what happened with me, but my real hope is that my stories can help someone else find their way out of their own worst times… and maybe laugh at my expense along the way.”

While Stassi is certainly excited about her book announcement, a good portion of her fans seem to be looking at the news with some side eye.

“So you still can’t own WHAT YOU DID, because it didn’t happen to you, you did it, you spouted r*cism!” one fan commented.

“This is extremely tone dead,” commented another. “You’re healthy, have a beautiful family, and more than enough money to live.”

While there are a few positive comments sprinkled throughout, some might argue that the majority of the comments on the post are negative.

“Getting fired from a reality show does not equate to having your head chopped off,” another fan commented, referencing Stassi invoking Marie Antoinette in the cover photo of the new book.

Another fan had a pointed question, asking whether or not Stassi was planning on donating proceeds from the book to any charities.

“Are you donating proceeds to any anti racism/pro BLM charities??” read the comment.

While Stassi has yet to respond to any of the comments, or the allegations that she has been deleting negative comments about her on Instagram, she has posted a new photo which appears to show the former Vanderpump Rules star enjoying her Friday.

As previously reported, Stassi Schroeder Clark and Kristen Doute were fired from Vanderpump Rules for “past racist behaviour” towards onetime co-star Faith Stowers. The Bravo spinoff returned for a new season in late 2021, recently ending Season 9 with season-high ratings.

Vanderpump Rules has not yet been renewed but is expected to return with Season 10 later this year. 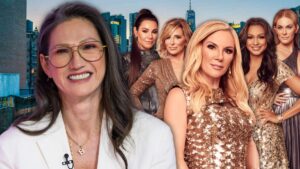 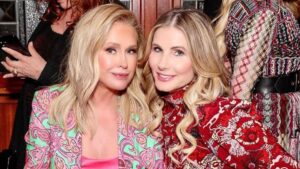 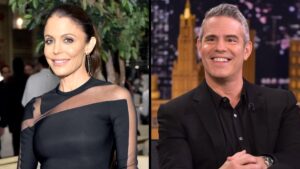