Have a hot tip?
EXCLUSIVE!

Alfred and Sherrell Duncan have been filming quite a bit for Season 2 of the OWN reality show, sources tell TV Deets EXCLUSIVELY.

Chris and Monique Samuels are exiting Love & Marriage: DC ahead of Season 2 and potential new cast members are in the mix, sources tell TV Deets EXCLUSIVELY.

Late yesterday (November 26), rumours started to surface that Chris and Monique would not be returning to LAMDC after two new promos were dropped for Season 2 that did not include the former Real Housewives of Potomac couple. The news of their exit comes after their rumoured separation was discussed at last month’s BravoCon event, with the couple later taking to YouTube to try to dispel allegations of a split.

theJasmineBrand was first to report news of Chris and Monique’s exit.

Sherrell Duncan and her husband Alfred have been filming for Season 2 of Love & Marriage: DC, sources tell TV Deets EXCLUSIVELY.

Sherrell, who is a fitness trainer and speaker, has been filming with returning cast member Winter Williams, although it is not yet known if she and her husband have snagged a full-time spot. Alfred, who is a singer and rapper, actually produced Winter’s infamous song, “Divorce Song.”

Insiders close to the show confirm that she has gotten to know the rest of the rumoured Season 2 cast during filming including Ashley Silva and Erana Tyler, so it is quite possible we will be seeing a lot of her when LAMDC returns in the new year. With Chris and Monique set to exit Love & Marriage: DC, it certainly looks like we will have a new group to get used to come 2023.

According to our insiders, at least one other new cast member has been filming for Season 2. Again, it is not yet known who production plans to keep as full-time cast members and who will appear as Friends of the cast this time around.

Neil and Tasha Lyons, who appeared on Season 1 as friends of Chris and Monique, will not be returning for the new season and have not filmed.

If Sherrell and Duncan do end up landing full time roles on Love & Marriage, it will make sense to those who know them as the two are used to the spotlight. The couple made headlines when they got engaged and married all in the same day back in 2016.

LAMDC originally featured Monique Samuels in her first role since leaving The Real Housewives of Potomac. A spinoff of Love & Marriage: Hunstville, Season 1 documented Chris and Monique’s re-entry into the social scene and introduced us to their friends and acquaintances, but it sounds like the show will have to take a new angle now that they are out. While some think Monique leaving OWN may be paving the way for her return to RHOP, we hear nothing of the sorts is happening… at least for now.

Season 2 of Love & Marriage: DC premieres this January on OWN.

Media outlets: This article contains information exclusively obtained by TV Deets. We politely request that you credit and link to this article accordingly. 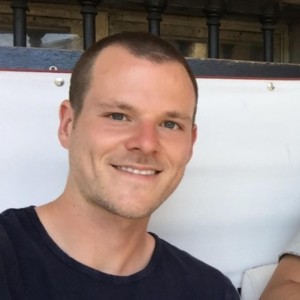