Bravo fans are wondering whether Thomas Ravenel will return to Southern Charm following news that he has reunited romantically with his former co-star, Kathryn Dennis.

Former Southern Charm co-stars Thomas Ravenel and Kathryn Dennis are back together and in a relationship, a new report reveals, raising the question whether Thomas will be asked to return to the Bravo hit.

As fans are aware, the two met during production on season 1 of Southern Charm and went on two have two children together. Their relationship deteriorated, however, with the two embroiled in a years-long custody battle and public back-and-forth.

Things have clearly changed, insiders told PEOPLE. “Thomas and Kathryn have been spending a lot of time together. They’re on really good terms. It started with co-parenting, but it quickly grew into something more,” a source told the magazine.

“She feels comfortable with him again, and they’ve both kind of tossed aside any other relationships they had for each other. There’s that spark, and they’re letting themselves explore it right now.”

“It’s not like they’ve defined their relationship that they’re back together right this second, but that’s very much what’s happening,” continued the insider. “The thing with them is, this all can change in two days. That’s how they are. It’s always so up and down. Right now it’s up and in a very good place.”

The news is sure to come as a shock to fans considering what Thomas has been accused of. In May 2018, a former nanny for the couple came forward and accused him of sexual assault. He ended up pleading guilty to third-degree assault and paying a $500 fine, and has since made it clear that he assumed no guilt for anything sexual.

“The thing with them is, this all can change in two days. That’s how they are. It’s always so up and down. Right now it’s up and in a very good place.”

Because Kathryn and Thomas are back together, fans are now understandably questioning what that means to the show. Southern Charm has been on hiatus for weeks after production insiders revealed that the network was struggling to find new cast members and wasn’t excited by any of the early filming they had seen. This may just be the boost in storyline that producers have needed in order to move forward with a new season of the show, but only time will tell whether this actually has any impact.

Bravo, for their part, told the magazine that they have not reached out to Thomas to return to the show. However, that doesn’t mean that things are off limits. This is the world of reality TV and anything is possible.

Regardless of what you think of him, Thomas and his relationship with Kathryn were a driving force for the show’s drama for years, so it makes sense that they may want to recreate that by bringing him back.

Southern Charm is currently on hiatus but is expected to return in late 2020. 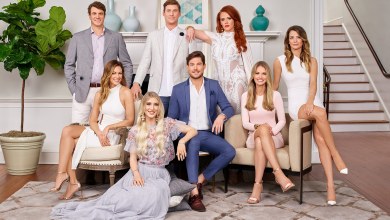