“I’m the first person to say, ‘You know, if I’ve said it, I’ve said it. I did it.’ Like, this is what I signed up to do,” she explained, going on to reveal that she had disagreed with her portrayal on season 8. “But it was just, it was frustrating when there are so many things that I watched and I’m just like, ‘Ugh, it wasn’t like that.'”

She also mentioned that she didn’t speak up about certain scenes as they aired because fans have already picked up on Evolution Media’s crafty editing. “I don’t even really need to say anything because everyone sees it and everyone’s saying it for me,” she added.

As previously reported, Vanderpump Rules fans were shocked when Bri Dellinger, a longtime editor on the show, appeared on a podcast and revealed that she purposely found embarrassing clips of Scheana because the reality star failed to befriend her.

In the same interview, the editor also dished that Bravo prefers Stassi Schroeder and Beau Clark as a couple and that the cast were upset when the podcast interview was released. The editor has subsequently been fired from the show.

Scheana Shay has been an instrumental part of Vanderpump Rules, helping to introduce viewers to the cast via an episode of The Real Housewives of Beverly Hills. (Photo: Bravo)

Scheana has a right to say how she feels and to be honest, we’d be going in even further if it were us but we understand her wanting to maintain some professionalism, unlike the editor.

She’s responsible for some of the show’s key moments and it was disappointing to find out that producers were basically manufacturing scenes to show her in a different light.

Hopefully, both production and the network have learned from the scenario and we get to see a more authentic show when it returns next year. 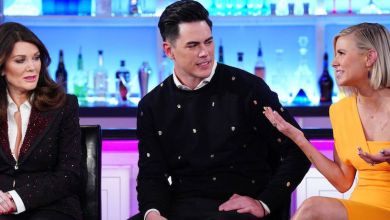 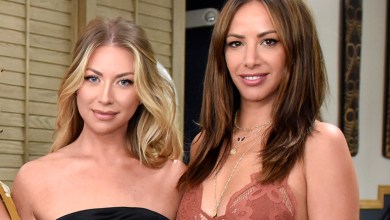