RHOP Season 5 Has Karen Huger Ready To Quit The Franchise

The Real Housewives of Potomac are deep into production on season 5 but according to a recent tweet from star Karen Huger, things may not be going well for the veteran Housewife.

Karen took to Twitter on February 23 to post a cryptic message about the upcoming season of RHOP, implying that she may be thinking about leaving the franchise amid all of the drama.

“Timing is everything, wouldn’t you think about five years is enough,” she posted, using the show’s official hashtag.

While news around RHOP season 5 has certainly died down in recent months, this season will reportedly bring the drama including a physical altercation between Candiace Dillard and Monique Samuels.

But while the drama may understandably be too much for the Grande Dame, we’re going to need her to hang in there as we can’t deal with another one of our longtime favourites leaving the franchise.

As previously reported, Bravo fans inadvertently have said goodbye to quite a few of the network’s best-known personalities, including Bethenny Frankel, Lisa Vanderpump, and Vicki Gunvalson.

The Real Housewives of Potomac is expected to premiere this Spring. 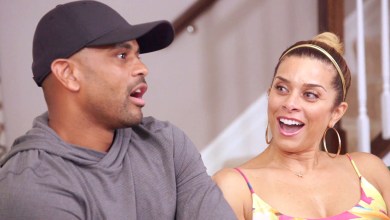 ‘The Real Housewives Of Potomac’ Season 5: Watch The Trailer, Meet New Housewife Wendy Osefo, And Check Out The Cast Photos