Denise Richards is apparently getting a dose of the same medicine as Lisa Vanderpump thanks to a bumpy season on The Real Housewives of Beverly Hills this year.

According to new reports, Denise does not have the support of her RHOBH co-stars in her rumoured feud with Brandi Glanville and they are isolating her in the process. “The ladies are still filming the current season and just want her to be honest and truthful about the things she’s said as they were so hurt,” a source told HollywoodLife, implying Denise is lying about something.

“This caused a huge rift in the cast,” the source said. “The only one who jumped to her defense was Garcelle.”

The exact details of the feud between Denise and Brandi are not clear but it is certainly clear that these two women have a long way to go before they resolve their issues. And to think, the new season of RHOBH has not even premiered yet.

“They know she’s busy, but they feel they are too, and if she wants to act, she shouldn’t have done the show for another season,” another insider countered, making it clear that Denise may be on the receiving end of her co-star’s grievances.

The news comes weeks after TV Deets reported exclusively about the RHOBH season 10 finale taping, and it also follows news that Denise had finally realized what LVP was talking about when it came to her issues with the other women.

It should be noted that while producers are in fact planning on including that in the season finale, it is also common for the Housewives to film pick up scenes after main production has wrapped. “It’s Part Of The Show”: Denise Richards Reveals How She Feels About Being The Target On ‘RHOBH’ Season 10 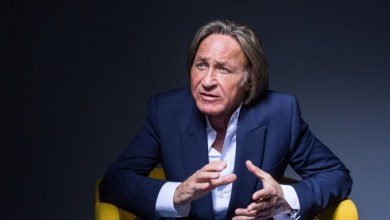 Nothing Comes Free: A Look At Mohamed Hadid’s Financial Downfall