UPDATE: Tinsley Mortimer will be a part of the RHONY reunion, after all.

“She flew in last week for it to comply with [Gov.] Cuomo’s quarantine rules, and has been working on styling her perfect outfit,” a source tells Page Six.

ORIGINAL STORY: The Real Housewives of New York City are set to tape their reunion special in-person next month, according to new reports.

Insiders tell Page Six that the women will become the first Bravo cast to tape together amid the coronavirus pandemic but that production are taking extreme measures to ensure the safety of both cast and crew.

The reunion will tape on Wednesday, August 5 in Long Island and Andy Cohen will host, as usual.

Amid the pandemic, Bravo and the other networks have been forced to make production adjustments, especially when it comes to the reunion specials.

Recently, The Real Housewives of Beverly Hills cast filmed their Season 10 reunion from home and Shahs of Sunset recently aired a two-part at-home reunion for their eighth season.

Before that, shows like Below Deck Sailing Yacht also aired at-home reunions, so this is nothing new for the network at large.

The ladies of The Real Housewives of New York City certainly have a lot to talk about. Not only do they have an entire half of a season to cover with now-departed Tinsley Mortimer, but the drama only seemed to get more extreme once she moved to Chicago.

In recent episodes, the cast has seemed to take issue with Dorinda Medley’s drinking, Leah McSweeney’s behaviour, and Ramona Singer’s overall treatment of the other women s to say that this will most likely be a dramatic reunion would be an understatement. 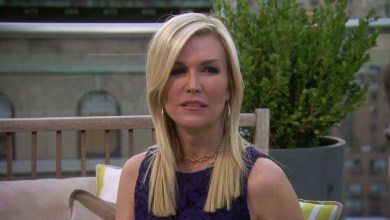