Peacock will become the streaming home for many NBC properties, including a recently announced Real Housewives spinoff.

NBCUniversal is reworking its streaming service strategy with the upcoming launch of NBC Peacock and at an industry event taking place later this week, we may get our first look at a previously announced Real Housewives spinoff.

According to a report from Deadline, NBC and its parent company Comcast are planning to unveil the streaming service at a January 16 event in New York City. The event will be used to show off the platform itself and to preview some of the upcoming content. In addition to original programing, Peacock will feature NBC classics like The Office and Parks and Recreation.

With that said, NBC has been careful to use the word “spinoff”, which means that we are more likely to see a show from the world of the Real Housewives as opposed to a new city itself. Former Real Housewives of Beverly Hills star Lisa Vanderpump is rumoured to have a few shows in the works, for example.

Whatever this spinoff may be, Bravo fans should expect it to be quite juicy. At the recent CES 2020 conference in Las Vegas, an NBC executive said that the company wanted to become the “comfort food” of streaming without sacrificing quality.

Bravo had a great year in the ratings thanks in part to the Real Housewives franchise and seeing as NBC wants to make a big splash in the streaming world with Peacock, a dynamic and dramatic new spinoff would be just the thing. 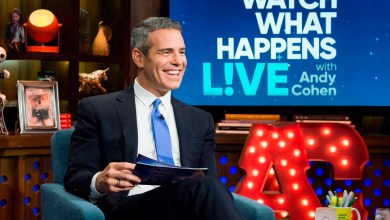