This is exciting news for fans of MTV’s The Hills.

Kristen confirmed the news on her Instagram page, according to Daily Mail. “WHEN THE HILLS AND VERY CAVALLARI COLLIDE!” she captioned the photo, clearly excited to be with her former co-stars.

Kristen stars on her own E! reality show while Audrina and Heidi are expected to return for season 2 of The Hills: New Beginnings, later this year.

Years ago, the three starred on the original version together but due to Kristen’s contract with E!, she isn’t able to appear on the new MTV reboot but apparently her former co-stars’ contracts are a little more flexible. 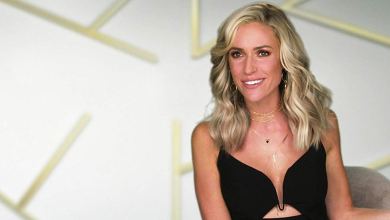 ‘Very Cavallari’ Switches Things Up For Season 3, Will No Longer Feature Kristin’s Business