Bravo has renewed Below Deck Sailing Yacht for Season 2, TV Deets has learned.

Below Deck Sailing Yacht premiered in early February and is the third entry in the franchise following the original, which is expected to return for Season 8 later this year, and the currently-airing Below Deck Mediterranean, which is on Season 5.

While it isn’t known whether any of the cast members from the show’s first season will be returning, it should be pointed out that Captain Glenn is the actual captain of Parsifal III and that Paget, Ciara, and Byron had previously worked with him on board the ship. (For more on how Glenn came to first join Below Deck Sailing Yacht, check out our exclusive interview ahead of the season 1 premiere.)

Captain Glenn Shephard assisted in casting Below Deck Sailing Yacht’s first season. It is unknown at this time whether he or any of the other cast members are returning for Season 2. (Photo: Bravo)

Recent social media posts shared by the casting company confirm that casting for a second season is currently underway and that producers are on the lookout for “experienced yachties” to join the show. (If you think you have what it takes, make sure to touch base directly with the casting team.)

Season 1 contained some pretty intense drama, from Chief Stew Jenna and returning Chef Adam hooking up, to Paget and Ciara’s triangle with Georgia, to Parker “resigning”, and if the ratings are any indication, viewers seemed into it.

Below Deck Sailing Yacht is expected to return to Bravo in 2021 and is produced by 51 Minds Entertainment. Mark Cronin, Jill M. Goslicky, Christian Sarabia, and Dan Volpe serve as Executive Producers.

Media outlets: This is a TV Deets exclusive story. We politely request that you credit and link to this story accordingly. 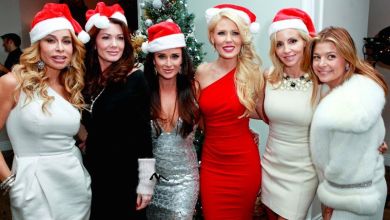 How Bravo Could Use ‘The Real Housewives’ To Capitalize On Christmas Hannah Ferrier Was Actually Fired From ‘Below Deck Mediterranean’ — Report