The next season of The Real Housewives of Orange County may be all about Braunwyn Windham-Burke if Bravo has its way.

According to a new report from Radar Online, the network is busy with casting the next season of RHOC now that Vicki Gunvalson and Tamra Judge have both publicly announced their exits, and executives are eager to make Braunwyn the next star of the show.

“Braunwyn is going to be the star of the show now,” a show insider told the outlet. “They’ve recruited her friends in the casting pool to build a clique around her.”

“She’s willing to do and share things that the other women of the upper echelon in the OC aren’t willing to share,” continued the insider, adding that they like the lifestyle she is bringing to the show. “The producers said her new house is definitely RHOC material.”

While it is clear at this point that Bravo did want to make major changes to RHOC for season 15, we highly doubt that the network or production is looking to revolve the show around Braunwyn.

She may have some of what producers are looking for but at the end of the day, she didn’t exactly resonate with viewers last season. Plus, she just moved to the O.C. from Miami so we’re not exactly sure how many true friends she has in Orange County. It’s almost like Braunwyn may have leaked this story to Radar herself. 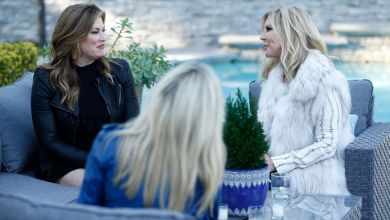 Did Vicki Gunvalson Try To Get Kelly Dodd Fired From RHOC?