Big Brother Germany is following in the footsteps of its sister show, Big Brother Canada, by alerting the Houseguests of the coronavirus (also known as COVID-19) outbreak.

According to Entertainment Weekly, producers are set to inform the cast tonight, March 17, of the pandemic on a live episode.

The house, which is located in Cologne, has held the contestants since February 6, well before coronavirus was declared a pandemic by the World Health Organization. Producers are reportedly putting in place “special hygiene measures” in the meantime.

The show teased the upcoming moment on the official website, noting that when the cast entered the house, only Asia had been affected by the disease.

Big Brother Germany will be informing the Houseguests of the coronavirus outbreak on a live episode of the show. Recently, Big Brother Canada was faced with the same problem. (Photo: Corus Entertainment)

“When the residents moved into the Big Brother house on February 10, only Asia was affected by the Coronavirus. Since contacts to the outside world are prohibited, the participants do not know anything about the current situation,” reads a description for the show’s latest episode.

“Moderators Jochen Schropp and Dr. Andreas Kaniewski will inform the residents live at 7:00 p.m. today and show them video messages from their relatives.”

As previously reported, producers on Canada’s version of the show have been faced with the same problem. The Houseguests on that edition have chosen to continue playing the game amid the outbreak.

As fans of the show are well aware, all Big Brother contestants worldwide are quarantined for days prior to entering the house. Commonly referred to as a social experiment, the show has navigated major world events in previous seasons. 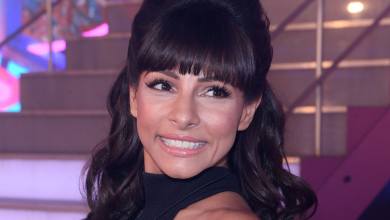