Former Below Deck star Kate Chastain is returning to Bravo.

The once-Chief Stew will be featured in the network’s new web series called Ghosted, according to Entertainment Tonight.

In an exclusive clip at the show’s premiere episode, Kate is seen phoning an man who she once “ghosted” in her past.

“I believe in karma, and now that I’m back out in the dating world, I don’t want to be ghosted,” she says in the clip. “So I think, before I move forward with my right swipes, I need to reconcile my left swipes.”

As previously reported, Kate announced that she was leaving the franchise after 6 seasons just months ago.

Kate Chastain may have left Below Deck after 6 seasons but will soon be seen on the network’s new web series, Ghosted. Below Deck Sailing Yacht is currently seeing success. (Photo: Bravo)

The news of her shocking departure came on the heels of one of the show’s most shocking seasons yet, and she has since moved on to host her own SiriusXM radio show, Unapologetically Kate Chastain.

Below Deck is currently seeing success with its latest entry in the franchise, Sailing Yacht. That show returns with what is sure-to-be a dramatic reunion next Monday, June 1, right before the Season 5 premiere of Mediterranean.

As the outlet points out, the original Below Deck with Captain Lee Rosbach is set to return to Bravo sometime this year. Bravo Cancels ‘Mexican Dynasties’, Show Will Not Return For Season 2 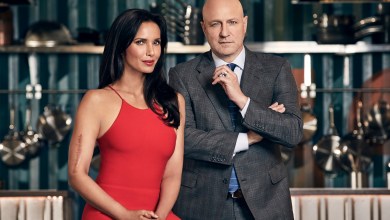