ABC’s The Bachelor got into some hot water with its most recent season after it was revealed that contestant Victoria Fuller once took part in a “White Lives Matter” photoshoot.

Cosmopolitan, the magazine that was set to feature a Bachelor-inspired spread before the controversy broke, cancelled the planned cover and now, Victoria is apologizing for her part in the scandal.

“I would like to sincerely apologize for my involvement with We Love Marlins,” she shared on her Instagram Story. “My intention was only to support an endangered species. I want to say that I unequivocally reject the beliefs of the white lives matter movement or any propaganda that supports racism of any kind. I would like to specifically apologize to people of color that are affected by racism daily. It was never my intention to add fuel to the racial fire in this country.”

“This has truly been an educational moment for me and I hope to be a voice against racism moving forward,” she added. “I hope I can be shown grace as I navigate through this process.”

Victoria had won a mini-challenge on this season of The Bachelor and the magazine was to feature her as part of the prize. Following the drama, Cosmo made it clear, however, that they would not be standing by the show.

“Unequivocally, the White Lives Matter movement does not reflect the values of the Cosmo brand,” Cosmopolitan editor-in-chief Jessica Pels shared on the magazine’s website.

“We stand in solidarity with Black Lives Matter, and any cause that fights to end injustices for people of color,” she said in a statement. 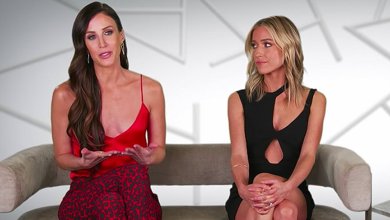