Andy Cohen remains an Executive Producer on The Real Housewives of Dallas.

Andy Cohen doesn’t appear to be happy with LeeAnne Locken following the shocking statements she has made on recent episodes of The Real Housewives of Dallas.

On a December 10 episode of the show, LeeAnne got into it with pretty much the entire cast after the group visited a strip club while on vacation in Thailand. Things escalated at a final group dinner and after a showdown with Kameron Westcott, LeeAnne also had to face off against co-star Kary Brittingham.

Kary is Mexican and throughout the episode (and in recent weeks), she has made comments invoking her nationality when discussing their disagreements.

On last night’s episode of Watch What Happens Live, LeeAnne’s boss used his show to confirm to viewers that he too is disappointed in her. “Leeanne is finally confronted for her vile, disgusting slurs about Mexicans,” he said as he introduced a clip of next week’s season finale.

The show’s official Twitter account shared a clip of the moment where Andy makes his feelings clear:

It’s safe to say that not only is LeeAnne in trouble with viewers but it looks like she may have to have some conversations with Bravo, too. While Andy is no longer a Bravo executive, he remains the Executive Producer of the Real Housewives franchise and his comments should be taken very seriously by LeeAnne if she wants to remain on the show.

All of this concern may be for nothing, however. The Real Housewives of Dallas has struggled in the ratings and something like this isn’t a good look for the network overall. If they do decide to keep the show on the roster, expect some big changes for season 5.

LeeAnne has since publicly apologized for the inappropriate comments. 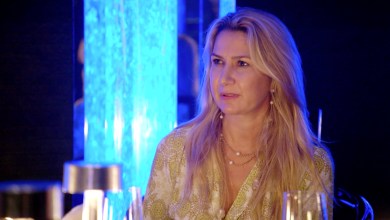 Brandi Redmond Apologizes For Shocking Leaked Video — Will ‘The Real Housewives Of Dallas’ Be Cancelled?